Dutton commits to following U.S. into war for Taiwan

AUSTRALIAN FOREIGN POLICY towards Taiwan, as things stand, is a distant fantasy in floating mist. There is little to connect them, but Australia’s political classes have a habit of fabricating relations with those it cares little for, nor understands, all in the name of forced obedience.

For decades, a puppy loyal Australia has committed forces without condition or qualification, refusing to understand the circumstances of their deployment, or the people who they will either kill or die for. The result is an astonishing global deployment of personnel with admirable ignorance to theatres most of its citizens would fail to name.

The recent Taiwan fetish risks continuing this trend. Australia’s Defence Minister, Peter Dutton, is a figure who has fallen head over heels with the latest potential casus belli. Known by the late and very mischievous Bob Ellis as the simian sadist, Dutton is adamant that Australia will find itself at war over a bit of real estate whose history he has no knowledge of.

Dutton recently said in an interview:

“It would be inconceivable that we wouldn’t support the U.S. in an action if the U.S. chose to take that action. And again, I think we should be very frank and honest about that, look at all the facts and circumstances without pre-committing and maybe there are circumstances where we wouldn’t take up that option, but I can’t conceive of those circumstances.” 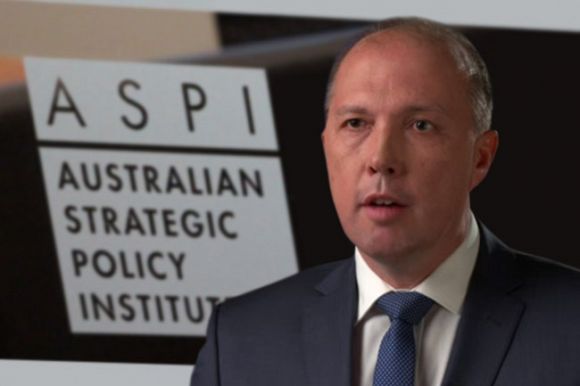 In saying that it would be “inconceivable” that Australia would not find itself at war with the United States over Taiwan, the unimaginative, already pre-committed Dutton received the attention of China’s Foreign Affairs spokesman Zhao Lijian, who called his comments “extremely absurd and irresponsible”, the mark of someone “obsessed with the Cold War mentality and ideological prejudices”.

Dutton’s execrable chest-thumping was inspired by typically vague remarks from Australia’s paternal ally, who had recently promised, along with the United Kingdom, submarines with nuclear propulsion as part of the new AUKUS security agreement. U.S. Secretary of State Antony Blinken, speaking at a New York Times forum earlier this month, was pressed, as previous occupants of his office have, on whether Washington would defend Taiwan in the event of a conflict.

Blinken’s response had a bit of everything: dovish caution, chicken hawk pretence, hypocritical babble. The Taiwan Relations Act of 1979, which obligates the U.S. to supply Taipei military equipment for reasons of self-defence but leaves the issue of a firm security commitment open, shaped his initial remarks. Making sure Taiwan had “the means to defend itself” was “the best deterrent against any very, very, very unfortunate action that might be contemplated by China”.

This did not prevent the United States from lending a hand to “make sure that we preserve peace and stability in that part of the world”.  A “unilateral action to use force” by any power would constitute a threat to that peace and security and, in that event, “many countries, both in the region and beyond… would take action in the event that happens”. U.S. intervention would take place to defend that “international rules-based order” developed by Washington against those who dared challenge it, “whether it’s China or anyone else”.

In her 23 November speech to the National Security College at the Australian National University outlining the purpose of Australia’s foreign policy, Opposition frontbencher Senator Penny Wong gave few surprises. As is often the case with the Australian Labor Party when suffering in opposition, painful, even constipated, caution is preferred over clarity and conviction. 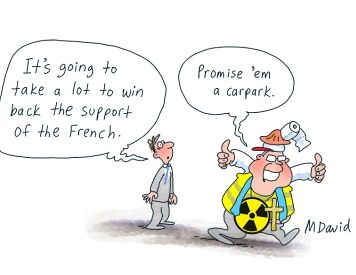 “We must expand the choices and options available to us, to enable management of differences without escalation of conflict.”

But Wong did, at the very least, venture towards some sane ground in taking issue with Dutton’s assertion that Australia would “join” a war over Taiwan with Washington with no conditions. This was “wildly out of step with the strategy long adopted by Australia and our principal ally”. While Prime Minister Scott Morrison had avoided “the same febrile language” as his Defence Minister, Dutton was “amping up war, rather than working to maintain longstanding policy to preserve the status quo — as advocated by the Taiwanese leader, Tsai-Ing Wen”.

Dutton, simmering and seething such observations, sallied with a rebuttal, encouraging all who cared to hear him that China-the-regional-monster was the problem, rather than his own particular lust for war.

“The Chinese Communist Party has a presence in 20 different locations in the South China Sea. They’re butting up against the Japanese shipping vessels in the East China Sea.”

The international rule of law, Dutton proclaimed, “should prevail and people, including our country and every other country, should adhere to that law”. 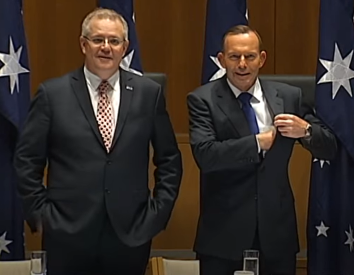 Wong had been, according to Dutton, “irresponsible” and suggested that the Labor Party was “walking away” from the AUKUS security arrangement. The glue binding the three states, madly made and foolishly sought, has certainly increased the likelihood of Australian participation in any conflict with Chinese forces in the event the U.S. is involved. The submarine promise is merely a sentimental, spectral hook.

Officials in Beijing have every reason to scoff at invocations of international law and its sacred bonds, especially when they come from a Minister who shows no evidence of reading, let alone awareness, in the field. Australia has had, over the years, a rich history of reading international law the way any enterprising gangster and rule-breaker might wish to do.

Bugging diplomats and representatives of a friendly, impoverished nation under false pretences for economic gain (East Timor); invading a country (Iraq) without any security justification in a crime against peace; and indefinitely locking up asylum seekers and refugees who arrive by boat are all proud instances of how Australia, and the likes of Dutton, observe and disparage the ius gentium.

In this, the Taiwan fetish becomes a Cold War iteration in the haunted, twisted imagination of certain policymakers, from the Australian Strategic Policy Institute to the war drummers in the Morrison Government. Nonsense flows easily when abstractions and hypotheticals can be passed around with such ease. Sweetly and pathetically, Australian politicians are again reminding us that blood lust, especially from those who have the least reason to fight, remains unquenchable.

Dr Binoy Kampmark was a Cambridge Scholar and is an Independent Australia columnist and lecturer at RMIT University. You can follow Dr Kampmark on Twitter @BKampmark.

2021 in politics: Canberra got called out and Scott Morrison said sorry

Giving Parliament a say on going to war

Sage of Surfers Paradise predicts AusPol 2022: You won’t believe it!

Paul Keating lashes ‘deluded’ Britain. Does he have a point?

Coalition ‘hypocrisy’: bang on about academic freedom and then block research it doesn’t like

‘This is just about politics’: Scott Morrison redraws the pandemic