by Cam Wilson
A campaign run by Christian Schools Australia is targeting trans issues as an election issue — despite not being specifically about education.

A campaign run by Christian Schools Australia is targeting trans issues as an election issue — despite not being specifically about education.

A group representing Australian Christian schools is targeting women across the country with Facebook advertisements calling on them to pressure their local candidates about trans women, including supporting embattled Liberal candidate Katherine Deves.

ValuEd Voices is a campaign run by Christian Schools Alliance, a religious school lobby group that claims to represent 148 schools with 72,000 students nationwide. In the past, the campaign has focused on pushing for the unamended religious discrimination bill that would allow schools to expel LGBTIQA+ students or fire teachers, as well as for increasing independent school funding.

But with neither issue at the forefront of the 2022 federal election, the campaign has pivoted to focusing on trans rights, despite it being seemingly outside the purview of an education-focused group. 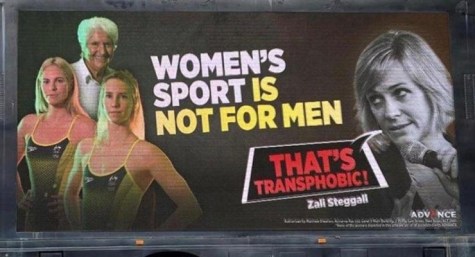 Almost half of its advertisements during the campaign so far — which have been seen by close to 900,000 Australian Facebook users — focus on trans issues. These range from opposing trans women in sport to “support[ing] women fighting for fundamental rights”.

At least one advertisement features the image of Liberal transphobic candidate Katherine Deves while claiming she is the victim: “Do you agree we need a debate without abuse on protecting women and girls in sport?”

None of the trans-focused ads are specifically about schools or education.

These Facebook ads are all targeted to women in each state and territory. The highlighting of Deves and her pet issue lends credence to the idea that, while her own candidacy may be doomed, it could be used to in an attempt to move the vote of religious voters.

Rather than formally endorsing one candidate or party, all the advertisements funnel users to an email form that allows people to send a message to candidates for their electorate. The default email text focuses on the religious discrimination bill: “I’m incredibly disappointed that Parliament has failed myself and other people of faith by not passing the Religious Discrimination Bill,” it begins.