Yes, Morrison still has a chance to win outright — Labor’s vote has peaked

by Bernard Keane
The prime minister is enjoying a shift in momentum in the final fortnight of the campaign that has pushed Labor's vote down and might deliver him minority government — or government in his own right.

The prime minister is enjoying a shift in momentum in the final fortnight of the campaign that has pushed Labor’s vote down and might deliver him minority government — or government in his own right.

There’s a lot of polling to come between now and Saturday night, but Scott Morrison’s decision to hold a six-week campaign might be key to his hanging on to power, albeit in minority government.

A lot needs to go right for Morrison to struggle to 75 seats — plus Katter, or 76 seats, and a lot of polling has to be wrong, but we’ve been here before in 2019. 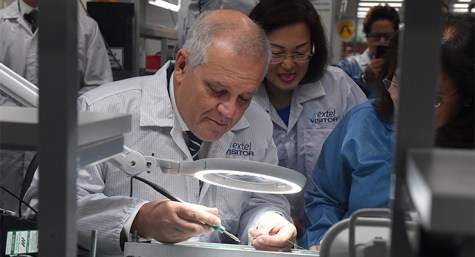 What does he need? He needs several things to go his way:

That kind of scenario leaves the Coalition on 74 seats. If they jag another seat — Luke Gosling loses Solomon, say — then it’s game over: Bob Katter’s support will give Morrison a majority, and another miracle win. 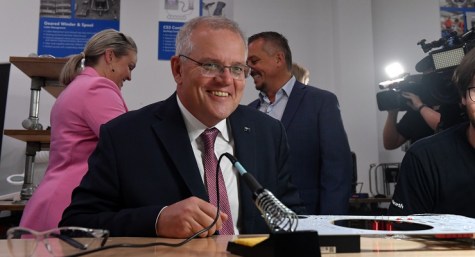 As the above list indicates, lots of things have to go right for Morrison. But he delivered a shock win in 2019 and he has hauled the Coalition back within striking distance in the last fortnight of the campaign, with his campaign launch powering up a final-week assault on Labor’s lead. Opting for a six-week campaign may be vindicated as the right strategy for a patient prime minister to build his case against Labor.

The more likely scenario at this point given current polls is Labor falling over the line, or reaching 74 or 75 and being in a position to claim minority government. But Labor people thought they’d fall over the line with Bill Shorten in 2019, and we know where that ended.

The reasons why Morrison has proven to be competitive will be examined endlessly if this scenario plays out. Much of it will have to do with the power of the political party News Corp, which operates in coalition with the Liberal Party and its campaign strategists, while its staffers masquerade as journalists. But the role of the actual media will also be scrutinised; the complaint that Labor made itself too big a target will be replaced with the complaint that Labor made itself too small a target; the more nuanced take might be that it failed to provide a defining reason for voters to identify with Labor.

But that’s all speculation at this point. Labor and independent supporters just need to know that the nightmare scenario for them is very plausible.