Liberal MP who crossed the floor over integrity dubbed a ‘lioness’

The Tasmanian Liberal embarrassed the federal government by supporting a motion from independent MP Helen Haines who called for an urgent debate on her integrity commission bill in the House of Representatives on Thursday.

Ms Archer told parliament time had gone on long enough without a debate on the introduction of a federal independent commission against corrupt conduct.

The government had the fewest votes when it came to two separate motions on whether to allow a debate to take place.

But as an absolute majority of 76 votes was required in the 151-member chamber, debate did not continue. 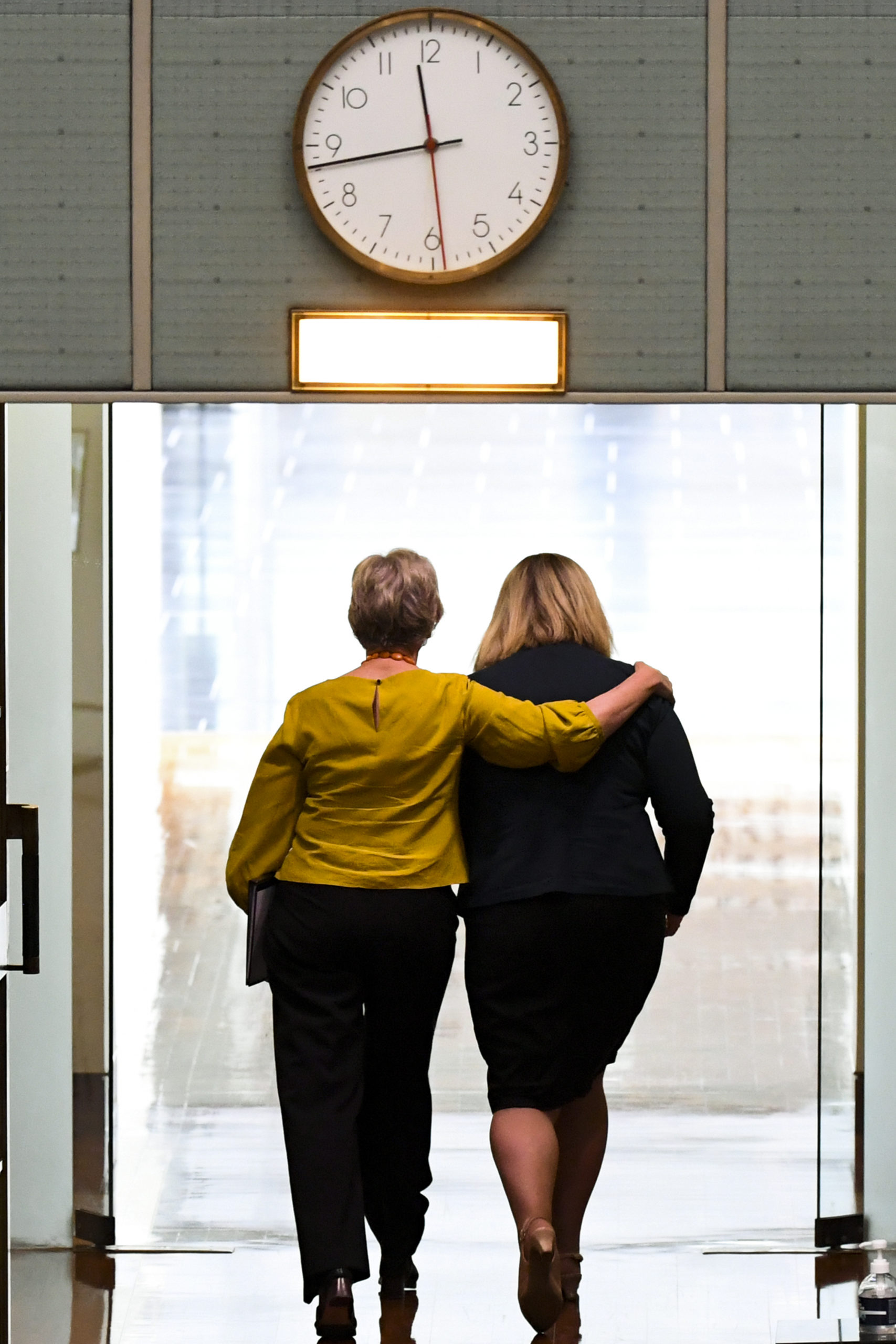 Independent member for Indi Helen Haines (left) and Liberal member for Bass Bridget Archer (right) leave the chamber after crossing the floor during a division on allowing debate on an integrity commission. (AAP Image/Lukas Coch)

Haines said the absolute majority was a technicality which stopped the debate because not all House of Representatives members were present in Canberra due to Covid-19 travel restrictions.

Following the vote Haines told reporters there were other government backbenchers who had talked about supporting an integrity commission.

“This is far from over,” she said.

“The nation can take some comfort in knowing that despite what the prime minister is doing … the majority of (members) want an integrity commission.”

Mr Wilkie said Archer’s decision was the single greatest thing he had seen any member do during his 11 years in parliament.

The government has previously stopped debate on Haines’ bill, with Communications Minister Paul Fletcher telling parliament there was an alternate proposal in place for a Commonwealth Integrity Commission.

The CIC legislation has yet to go to the coalition party room or parliament despite an election promise to establish an integrity commission.

“The irony of breaking an election promise on integrity is certainly not lost on me and I’m sure it’s not lost on voters,” Haines said.

Archer is the second government MP to cross the floor in as many days, following Queensland MP George Christensen doing the same on Wednesday over a bill dealing with class actions.

Jump to next article

View from The Hill: Albanese’s emissions plan is an exercise in political smarts

Christian Kerr: the living — and now departed — reason why anonymity has power in politics

A rotten end to a rotten year for a rotten government

Toxic culture report one day, shouts of ‘get a room’ the next. Is Parliament listening?

Crikey Talks: Guy Rundle on the whys and the hows of Scott Morrison, PM

Porter hounded out of politics: Dutton